Lundin Energy and Delmar Systems have success with RAR Plus™

Unmooring a Mobile Offshore Drilling Unit (MODU) from eight mooring lines in less than two hours is quite an achievement; especially, when comparing conventional unmooring times that take up to twelve to eighteen hours in ideal weather. In January 2022, this is what Lundin Energy Norway AS experienced using Delmar Systems’ RAR Plus™ Releasable Mooring System on the Deepsea Stavanger.

This semisubmersible offshore drilling unit is one of the largest active MODU in the North Sea, and Lundin’s actual drilling location was fairly close to the Norwegian coast with area characterised by bad weather conditions. In the words of Sigmund Andre Hertzberg, Senior Marine Supervisor at Lundin Energy Norway AS: “In close consultation with Odfjell, we therefore decided to deploy an anchor system consisting of anchors, chain and fibre rope, in combination with the RAR Plus™ Releasable Mooring System (RMS).”

Lundin was already convinced of the exceptional features of the RAR Plus™ System as they saw its advantages during a drilling campaign in the Barents Sea. Nonetheless, the quick release with a ‘single touch of a button’ to unmoor the Deepsea Stavanger in marginal weather conditions exceeded the operator’s wildest expectations. The operational efficiencies of the RAR Plus™ Releasable Mooring System allowed Lundin to save substantial time, money, and reduce their NOx and CO2 footprint by having no vessels onsite when unmooring. Sigmund Andre Hertzberg has nothing but praise when talking about the fast and successful unmooring of the semi-submersible Deepsea Stavanger.

One of the primary advantages of deploying the efficient RAR Plus™ is that it removes the need for traditional anchor handling vessels during unmooring operations. Once a rig has completed drilling and is ready to move on, it is simply a matter of releasing the rig from the mooring lines at the ‘touch of a button’. In the case of the Deepsea Stavanger drilling project, Lundin Energy had anticipated that deploying anchor handling vessels to disconnect all the mooring lines would require a 12-hour operation, which in turn would result in the company requiring an 18-hour weather window. Moreover, the maximum permitted wave height would have been 3.5 metres HS, or the operation would have to be postponed.

Sigmund Andre Hertzberg continued: “All-in all, we predicted a 12 to 18-hour disconnection operation for all the mooring lines with three vessels. Given the weather probability plot at the chosen disconnection time and our decision to deploy RAR Plus™, the result was a time saving of at least fourteen days. In precisely 1 hour and 50 minutes, the Deepsea Stavanger was ready for immediate departure from the well location, without assistance from a single anchor handling vessel. Incredible, but true. For Lundin Energy, the time-saving achieved also meant no further rig hire, an overall reduction of the environmental footprint of the operation and on top of that, no need to pay daily rates for the anchor handling vessels. All we needed were a couple of boats to recover the mooring system, consisting of between 1,000 and 1,500 metres of round chain, 800 to 1,200 metres of fibre rope and an 18t STEVPRIS MK6 anchor for each mooring line.”

Uniqueness of both an acoustic and mechanical release

So what exactly is the nature of the RAR Plus™ Releasable Mooring System (RMS) of Delmar Systems? Jørund Havnerås, Managing Director at Delmar Systems AS, explained: “The RAR Plus™ is unique in that it allows immediate MODU transit following release of the mooring line using the RAR Plus™, from their secured position in the trigger sleeves against the rig’s fairlead. Delmar Systems introduced this new generation technology to the market in 2018. The RAR Plus™ is an enhanced version of the original RAR which had acquired more than 35 years’ documented use in MODU ice avoidance operations. The most important new development is the addition of an independent mechanical backup release feature, which ensures the ability to still release the moorings in the unlikely event that the remote acoustic transmission fails to actuate the RAR. The backup mechanical release bypasses the acoustic, electronic and hydraulic systems in the RAR Plus™, and can be actuated from the trigger sleeve, thereby guaranteeing 100% redundancy within the system.”

The innovative RAR Plus™ also has a significantly increased minimum break load (MBL) of 907 tonnes, certified by DNVGL and ABS. As a result, with its robust shell and locking mechanism, the device is not the limiting MBL component, even in systems that include modern R5 high-strength components in their mooring line.

Lundin’s senior marine supervisor looked back with satisfaction, on a high-quality project off the Norwegian coast and the successful deployment of RAR Plus™. He was also delighted with the cooperation with the people from Delmar Systems. In Hertzberg’s own words: “Lundin Energy and Delmar Systems have already been working together for a number of years. Disconnecting the Deepsea Stavanger was the perfect opportunity to consider all the benefits of Delmar’s releasable mooring system, from a range of different perspectives, and to deepen our understanding of various components of the RAR Plus™ system. Although we faced a number of challenges during the preparation and execution phases of the project, we still maintained very open and honest dialogue, throughout. Lundin Energy and Delmar Systems have no secrets from each other, and that in itself is an essential precondition for successfully completing a complex project of this kind.”

“Achieving this significant milestone without a safety incident or failure to release highlights the talented nature of our workforce and the unique dependability of the RAR Plus™,” concluded Jørund Havnerås of Delmar Systems. “Completing an operation involving an eight-line mooring spread in under two hours represents substantial cost savings in rig and vessel time, for Lundin. We appreciate Lundin’s trust in deploying the RAR Plus™ on this valuable operation.”

Since 2018, the RAR Plus has been deployed to release over 530 mooring lines on 64 different MODUs for efficient rig move operations, storm evasion, and ice avoidance. 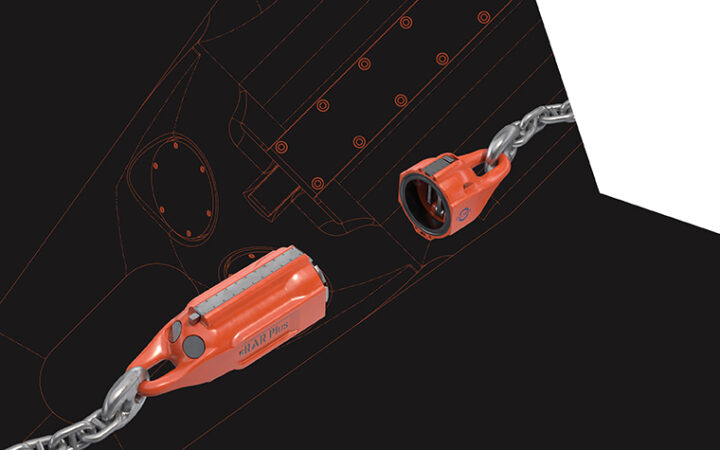 The RAR Plus builds on 40 years of proven acoustic release technology with some key new features and represents the.. 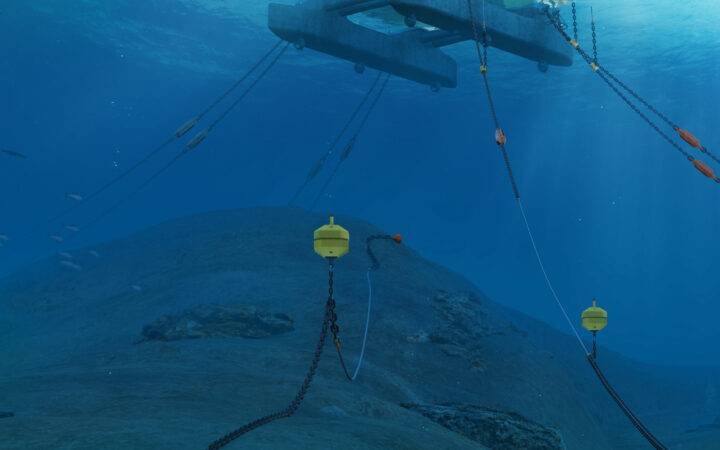 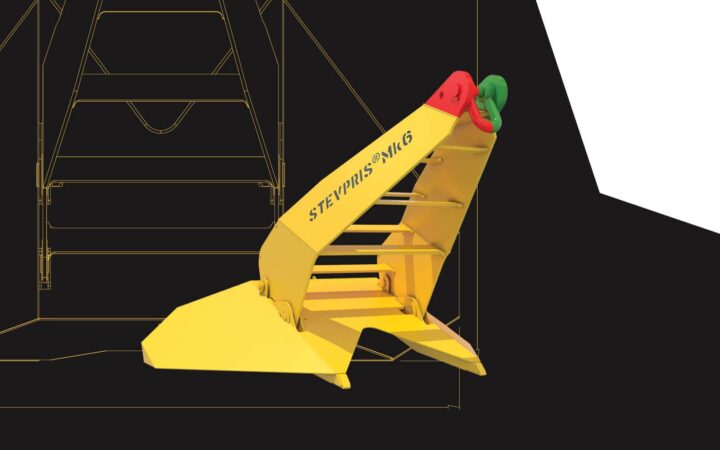 Questions about the RAR Plus™? 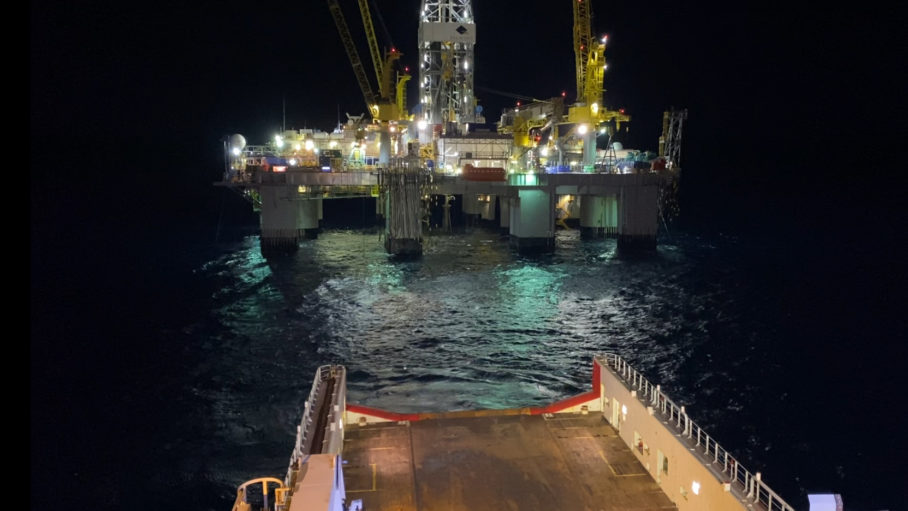 Deep Sea Mooring was contracted to provide mooring services for a Semi-Submersible MODU in the Otway Basin in water depths ranging from 70m to 110m. Each location comprised of 8 prelaid mooring lines which were hooked-up upon rig arrival.

Delmar Systems' Releasable Mooring Systems (RMS) can save you thousands of tons in CO2e and millions of $USD using the award-winning RAR Plus. 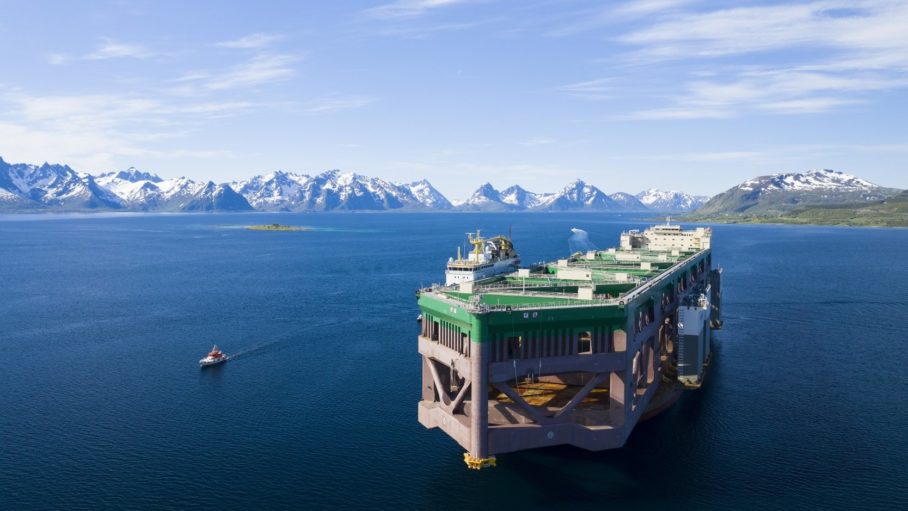